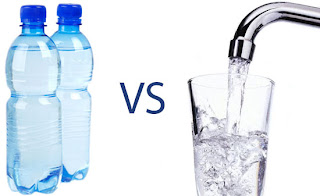 San Francisco public school officials are hoping to encourage students to drink more water--both at school and at home--by promoting the benefits of tap water and allowing students to use refillable water bottles in classrooms, district officials said today.


As part of a pilot program to promote an alternative to single-use plastic water bottles, the school district, in partnership with the San Francisco Public Utilities Commission, has installed new water fountains that allow for easy bottle filling.

The pilot program was conducted at five public schools, and this morning Board of Supervisors President David Chiu and representatives from the SFPUC and SFUSD announced the successful completion of the pilot's first phase.

In the city's North Beach neighborhood, all students at John Yehall Chin Elementary this morning received new 16-oz stainless steel water bottles for use at their school's new "combo tap" station, district officials said.
Beyond providing containers, the initiative aims to educate students about how water is a part of everyday life, where water comes from, and why it is important to conserve, the district's director of sustainability, Nik Kaestner, said.

"Teachers talk about the benefits of tap water and talk to them about the importance of filling up these bottles regularly," Kaestner said. "We're basically trying to displace their desire to drink other beverages."
So how many bottles aren't students using?

According Kaestner, the school district plans to conduct a survey at the end of February to quantitatively measure the pilot program's success.

The survey will compare the water use and drinking habits of three of the pilot schools to that of three schools that did not participate, he said.

According to the San Francisco Department of Public Health, in the city, bottled water is at least 300 times more expensive than tap water, considering that the SFPUC sells water for approximately $0.003 per gallon.
The Hetch Hetchy reservoir in Yosemite National Park supplies 85 percent of SFPUC tap water, and health department officials said the reservoir is a "highly protected, high quality" source that meets EPA regulatory requirements.

Compared to tap water, bottled water also uses more resources, produces more waste, and requires time and energy to transport the water from the store to the home or office, according to the public health department.

Students are being encouraged to drink three bottles--or 48 oz. of water a day. Any more, Kaestner said, and teachers would be concerned that students would be distracted by too many trips to the bathroom.
"We're asking them to drink three, instead of drink freely," he said.

Allowing the in-class water bottles, which have been outfitted with sport tops for quick (and quiet) drinking, means that students will no longer need to be constantly excused to use the drinking fountain, according to Kaestner.

As for establishing healthy habits at home, Kaestner said that the students often are able to convince their parents to change their behavior.

"They have the opportunity not only to do the right thing at home but to take it beyond the classroom," he said.
Media coverage