SFUSD partners with School of Education 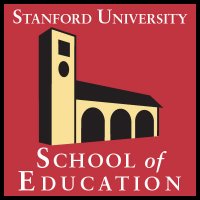 “In education, it is the worst of times and the best of times,” said Claude Steele, dean of the Stanford School of Education, at a lunchtime presentation Tuesday that discussed a partnership between Stanford and the San Francisco Unified School District (SFUSD). Steele opened the event by stating that this “partnership is a model for how schools of education can relate to real school districts.”

The panelists said that though school districts are facing budget cuts, changes in technology and educational research can make it possible to get rid of old deadwood methodologies that no longer work.

“Finland, with the most equitable education system, improved their schools using American research,” Steele said. He noted the importance of coordination and the need to grapple with practical problems.

Steele emphasized the need for a broader recognition of the importance of education to quality of life and the economy. He said he would like to see a proper “distribution of good education into all communities — the entire population.”

SFUSD Superintendent Carlos Garcia took time to thank Stanford for the partnership and referenced the often political nature of debate about education.

“After 37 years in the business, I learned that we all make a lot of assumptions, many of them wrong and the world changes,” Garcia said. He also noted that he believes facts should be regarded as the most important indicator in debate, saying, “the data does not take political sides.”

Garcia added that because of the economic crisis, it is important that school systems do not “spend resources on places that don’t get us results.”

Nancy Waymack, SFUSD’s executive director of policy and operations, agreed, saying, “If you’re sitting on a dead horse, get off.”

Waymack referenced the idea that if an old curriculum isn’t working, it should be replaced, not constantly retooled.