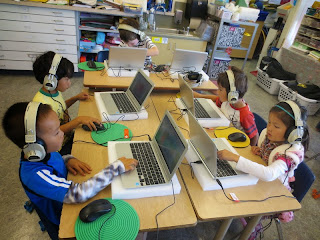 Similar sites, like Donorschoose.org, allow teachers to post classroom needs and ask for donations. But this is the first-ever crowdfunding initiative by a school district, San Francisco Unified officials said.

Sunset Elementary School, for example, is seeking $25,000 to boost its supply of iPads and Chromebooks.

Stevenson Elementary wants $28,000 for “one iPad cart containing 30 tablets that will be shared between the third, fourth and fifth grades.”

All the money goes to the schools, save a 1 percent fee to Tilt to maintain the district’s “SparkLearning” site that it houses. The company’s take is usually a couple percentage points higher.

“An investment in education is the best investment we can all make, and this new Tilt SparkLearning platform is making it easier to make that investment,” Mayor Ed Lee said, in a statement.

Lee and district officials have focused efforts on building relationships between the city’s tech sector and schools.