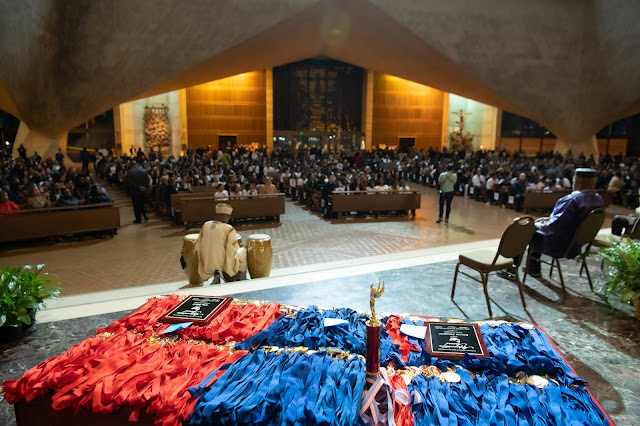 Over 1,500 students were honored at the 26th annual celebration this year, held at St. Mary's Cathedral. Families, friends, community members and more gathered for a special night that included student performances, inspiring words from elected leaders and special guests, and an awards ceremony to highlight the academic success of students who made the Honor Roll.

Students in third through twelfth grade who have achieved  a 3.0 grade point average or higher for the academic year were invited and honored at the ceremony and presented with a medallion and certificate to commemorate their accomplishment.

Students who earned a 4.0 grade point average were given special recognition and presented with an ancestral Kente cloth. 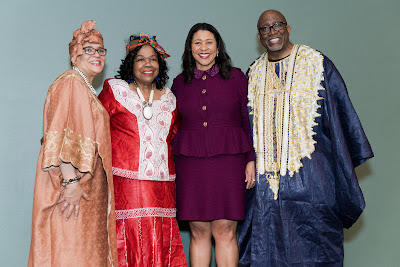 Before the ceremony began, students were surprised with a special guest visit from San Francisco Mayor London Breed, who congratulated them for their achievements. Mayor Breed shared that she, too, had made the Honor Roll as an SFUSD student and she made a point to acknowledge her teachers and mentors who helped her along the way. 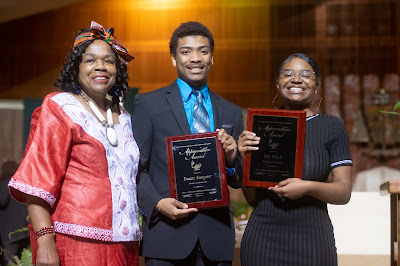 The African American Honor Roll ceremony was co-emceed by two students selected by their teachers for their leadership within their school communities. Nia Black is a senior at Galileo Academy of Science and Technology and Emare Sumpter is a senior at Mission High School. Nia and Emare will be graduating this Spring and are looking forward to hearing about college admissions in the near future.