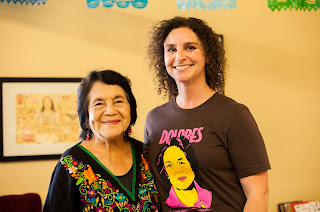 Around the world, millions of people celebrate Women’s History Month in March. Schools in the San Francisco Unified School District get a head start in celebrating Women’s History and gender diversity by offering opportunities year-round. Here are some of the ways SFUSD schools have celebrated in recent years.

SFUSD’s Student, Family & Community Support and Curriculum & Instruction divisions have produced a Gender Inclusive Language guidance document to support all staff to use language in a way that is free of gender bias. The guidance includes definitions and examples of inclusive language; recommendations for working with students regarding grammar and usage, and classroom culture; and resources for educators. We encourage our community to review this guidance.
At Buena Vista Horace Mann K-8, a group of kindergarten and 4th grade girls called Tech Queens meets after class to build community and talk about tech and perseverance. The 4th graders facilitated a perseverance origami lesson for the kindergarten students to create bookmarks. “Origami is like an algorithm, where a computer follows a list of ordered steps to get a result,” said Laura Ramirez, a curriculum technology integration specialist who leads Tech Queens. All her computer science and tech classes are learning about women in computer science and STEM, plus each week, all K-5 students learn about a woman who broke barriers to achieve her dreams. These women include NASA mathematician Katherine Johnson and engineer Dr. Mae Jemison, who was the first African American woman to go to space. 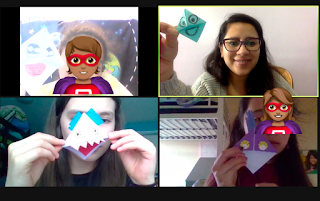 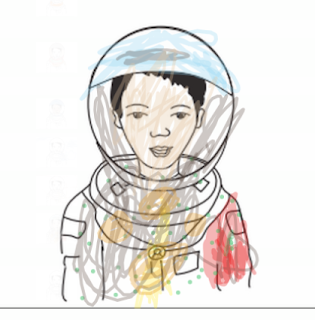 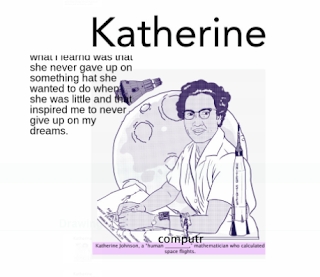 A Buena Vista Horace Mann 5th grader's Nearpod assignment about Katherine Johnson
Also at Buena Vista Horace Mann K-8, educators have developed a program called Grupo Para el Avance de Niñas y Aliadxs (GANA). Translated it means the Group for the Advancement of Girls and their Allies. The group has four core values: 1) being a girl is whatever you want it to be, 2) make space take space, 3) be an ally to girls everywhere, and 4) make new friends. The K-2 program provides a safe space for girls to play and build community during lunch recess. Third and 4th grade GANA is a space where girls, non-binary, and trans youth participate in weekly lessons during which they explore and celebrate their identities, and talk about challenges and experiences of gender-based oppression. Fifth grade GANA students participate in a mentorship program where they deepen their analysis of intersectional identities, oppression, and resistance movements in conjunction with developing leadership skills. In the spring, the 5th grade mentors start leading lessons they create for both K-2 and 3-4 GANA lunch meetings. At the end of every GANA meeting they say, “Don’t hate on us -- we’re fabulous!”

Bal EmpowHER is a group of young women at Balboa High School who stand up for themselves and others by providing a safe space for females and their allies to learn, grow and excel in leadership, communication and self-empowerment. They promote and facilitate conversations about women’s health and rights in their school community.

Reynaldo Dulaney, an Ethnic Studies and People’s World History Teacher at Thurgood Marshall Academic High School, is recognizing Black Women's HERstory month through teaching a four-part series of lessons acknowledging the contributions of Black women throughout history and contemporary times. The series will include Black women that are not only African American but highlight the intersections of Blackness and other ethnicities globally. One such woman is Naomi Campbell (who is of African, Jamaican and Chinese heritage), who has blazed trails in the fashion industry and in her charity work.
Thurgood Marshall Academic High School also has a Feminist Club that meets once a week. The members of the club created this mission statement for the club: “The Thurgood Marshall Feminists’ Club strives to eliminate the idea that feminism is the hatred of men. We believe that injustice towards women has occurred too often, and we need to push for justice. Our ultimate goal is for understanding, stopping, and educating about assumptions about women and for all people to feel good about themselves.” The club focuses on the particular needs and issues for women of color, and also strives to create allyship with other clubs at their school like the Genders and Sexuality Club and the Black Student Union.
For additional resources for staff and families to celebrate Women’s History Month, check out these videos from PBS and book recommendations and events from the San Francisco Public Library.
(Photo from Dolores Huerta naming ceremony, May 2019)