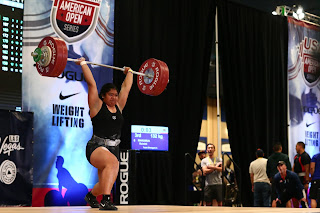 Kuinini (Nini) Manumua (Class of 2018) will compete in the Summer Olympics in Tokyo, representing Tonga in weightlifting. 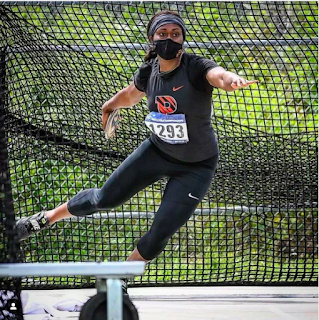 Obiageri (Obi) Amaechi (Class of 2017) flew to Nigeria to try and qualify for the discus and is getting ready for another year of throwing at UNC Chapel Hill to prepare for the Commonwealth Games in Birmingham, England.
Two Abraham Lincoln High School alumni students tried out for two different sports to represent two different countries in the upcoming 2020 Summer Olympics in Tokyo. One is in and another will continue to make big moves as an athlete.

Kuinini (Nini) Manumua (Class of 2018) has received the Tripartite invitation from the International Olympic Committee (IOC) to participate in weightlifting for Tonga and Obiageri (Obi) Amaechi (Class of 2017) flew to Nigeria to try and qualify for the discus after competing at the NCAA National Championships for Princeton University. Nini just won the 87+ weight category in the 2021 National Under 25 Championships in Detroit and is ready for her next challenge at the Olympics. She will be the first female weightlifter from Tonga to compete in the Olympics.

Nini was raised in Hunters Point after coming to the US by way of Tonga and is currently enrolled at SF State, slated to graduate next year. She coaches shot put and discus for the Track and Field team at Lincoln. Her younger sister Salome is also a weightlifter and both of them were featured in a segment on Cal-Hi Sports in late 2020. Nini spoke about a knee injury that set her back in her training, making her road to the Olympics even more impressive.

Obi shares a similar path -- her parents are Nigerian immigrants who raised their seven children in Visitacion Valley and supported Obi and her college career at Princeton University. She graduated this May and is also the Ivy League record holder in the discus. She is the only woman from San Francisco to ever win a state championship in track (she won it twice and in two events). Obi is getting ready for another year of throwing at UNC Chapel Hill to prepare for the Commonwealth Games in Birmingham, England.

Both were on the same track team for three years and trained together in their respective sports while at Lincoln. We are so proud of these first-generation college-going SFUSD graduates for all their accomplishments. Let’s cheer them both on as they continue their rise to the top!