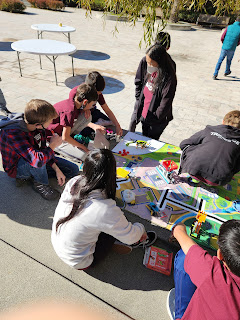 Congratulations to the James Denman Middle School robotics team for their successes at their first competition of the year! The team competed at the First Lego League Challenge on Sunday, Nov. 13. The team took home the Core Values Award, which is given to the team that “displays extraordinary enthusiasm and spirit, knows they can accomplish more together than they could as individuals, and shows each other and other teams respect at all times.” Team Coach Ms. Anna Gin won the Coach’s Award for encouraging the students to have a growth mindset.

The Denman team placed in the top eight teams out of 24 and will advance to the Championship round, to take place early next year. The Denman team was also one of only three teams invited to the Innovation Expo in the spring for their innovation project - a solar-powered, wireless Chromebook charger. The Denman robotics team is the only team from a San Francisco public school to compete in the competition. 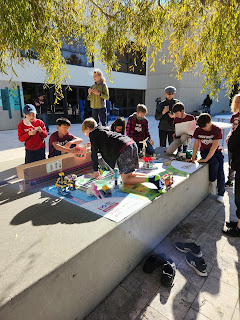