SFUSD superintendent responds to inaccurate reporting by the SF Chronicle 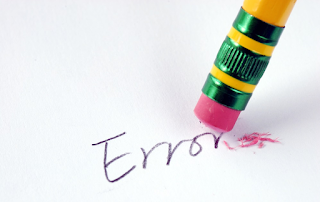 In response to reporting in this SF Chronicle article from March 28 and editorial from March 30:

We understand there are many perspectives and that school district officials will sometimes differ with reporters and editors with regards to how a story is told. We respect that every journalist has a point of view and as a professional has to make decisions about what to include and what to leave out.

On rare occasions those familiar with the details see reporters from reputable media outlets get it completely wrong. Not just “it’s a matter of opinion” wrong but actually inaccurate, not-based-in-fact wrong. In these instances we usually send a request for a correction, but the damage is done once something inaccurate is posted online and printed in the paper.

Neither Ms. Lyons nor her editors verified claims made in recent coverage dedicated to the false premise that “school officials had consistently failed to intervene with [a] struggling student, costing him years of educational opportunity…” The very first principle in the Society of Professional Journalists code of ethics is to “take responsibility for the accuracy of their work. Verify information before releasing it. Use original sources whenever possible.”

Most glaring is that the student who the SF Chronicle reports the district neglected had a history of severe chronic absenteeism. In spite of numerous efforts by teachers, counselors, and administrators, family members continually failed to respond to requests and did not attend important meetings aimed at changing the academic trajectory of this student. In fact the guardians’ lack of response prompted the district to report them to the DA’s office - a last resort when parents can’t be reached and a child is persistently absent from school.

When a child is not in school and no one at home seems to care whether or not a child goes to school, even the best teachers and counselors have limited impact. This is a problem and it is one shared by our whole community. It is why the school district’s use of early warning indicators and its pervasive wellness centers and high numbers of social workers, attendance liaisons, and counselors are still sometimes insufficient.

The district has a lot in place to support our students, more than most school districts, and there is evidence that our support and interventions are getting a greater percentage of students to high school completion. The graduation rate for all groups of students has risen over the past decade and far exceeds national and state grad rates.